Dharamsala, March 13, 2012: This year’s Nuns Leadership Training, the 4th in series organized by Tibetan Women’s Association, concluded with a panel discussion on the topic ‘Political Participation by Tibetan Nuns in the Exile Diaspora’ held at the House of Peace and Dialogue, in Upper TCV School, Dharamsala.

Three prominent and distinguished personalities participated: Geshe Monlam Tharchin, Member of the Tibetan Parliament in Exile, Rev. Lobsang Dechen, the Executive Director of the Tibetan Nun’s Project, and Mr. Ngawang Choedak, Secretary of the Department of Religion. Each panellist offered powerful insight and constructive suggestions pertaining to ‘Political Participation by Tibetan Nuns in the Exile Diaspora’ and presented additional feedback in a question and answer session.

The two-hour panel discussion was moderated by Kirti Dolker Lhamo, a member of the Tibetan Parliament in Exile and President of TWA.

Speaker Geshe Monlam Tharchin while applauding TWA for organizing the training remarked, “I do not see any literary contributions from the nuns, and it would be wonderful to see them contributing literally. I also do not limit my definition of a nun’s political participation to attending protest marches and vigils. As an individual, it is important to work and act according to the need of the hour. Thus, keeping the present situation inside Tibet in mind, the first thing I do in the morning is log onto the internet and read what’s happening inside Tibet.”

Speaker Rev. Lobsang Dechen reminded the group about the divisions in Tibetan society among lay people, monks, and nuns, stating that ‘in the past years Tibetan nuns have lacked educational and political participation opportunities’. However, she pointed out that ‘support and guidance from His Holiness the Dalai Lama and the Tibetan community are diminishing these obstacles, declaring that nunneries are improving their facilities and offering a stronger role for nuns in Tibetan society’. Dechen referred to His Holiness’s recent speech on 8th March 2012 and asserted that ‘Tibetans must seize every opportunity to work together and better the entire community’. She recalled the ‘political achievements of Ven. Thinley Chodon and Ven. Pachen Dolma as exceptional examples in Tibetan history’.

Rev. Dechen also discussed the topic of Geshemas, emphasizing the need for a permanent Geshema program. “It will not be enough if we produce two or three Geshemas, we must think about continuity and permanence,” she said. Dechen insisted that ‘there is nothing to fear of discussions about Gelongma and that a debate about the importance of such opportunities in the nun community is necessary’.

Rev. Lobsang Dechen also emphasized the ‘need for nuns with certain qualifications and degrees, who will eventually be able to administer their own nunneries and contribute back to their community’. She referred to a few graduate nuns from Dolmaling, now teaching Buddhism at schools in Bylakuppe and north-eastern parts of India, who ‘demonstrate the valuable potential of nuns with a complete education’.
“It’s time we stop thinking ‘we cannot do this’; believe in yourself and build up confidence with ample supports like this program. If you work hard, then it is possible that someday you can become a Chithue or a Kalon” concluded Dechen.

Mr. Ngawang Choedak, Secretary of the Department of Religion, CTA, offered some reflections on creative ways that nuns can serve the Tibetan community. He proposed that ‘nuns could work with Tibetan parents to assist in the moral upbringing of their children, or organize programs in conjunction with non-Tibetan NGOs to introduce Tibetan religion and culture to other interested communities’. Mr. Ngawang stated that ‘we all have unexplored capacities that can be developed, and events like the Nun’s Empowerment Program provide opportunities for nuns that should not be overlooked’.

The nuns expressed that this program assisted them in realising their skills and reinforced their beliefs and self-confidence. TWA hopes to see the nuns pursue leadership roles in greater numbers. “It has been a wonderful week; I enjoyed each day, which gave me a complete exposure and I thank you for inviting us. I would love to attend the next program to learn more.”- Kunchok Lhamo, Drikung Samtenling, Dehra Dun.
Coordinated by TWA’s Empowerment through Action Desk (ETA), the Science Meets Dharma program based in Zurich, Switzerland has financially supported the Nun’s Leadership Training program since its inception in 2009.

Tibetan Women’s Association (TWA) is the second largest Tibetan Non- Governmental Organization (NGO) based in exile in India, and the only Women’s NGO in Tibetan history. We are a 16,000-member organization with 56 chapters on four continents: Asia, North America, Europe, and Australia. TWA’s slogan is ‘Advocacy for Home, Action in Exile.’

Photos of the six-day training can be viewed here. 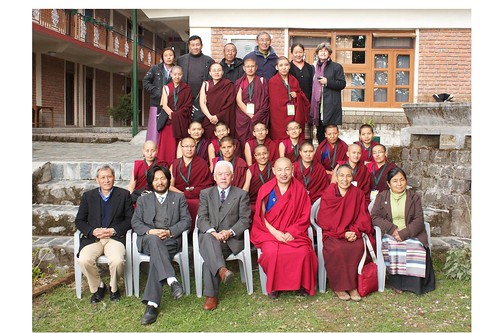 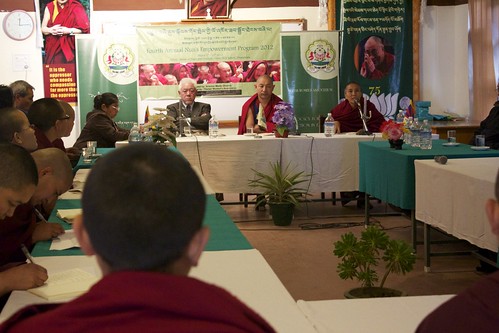 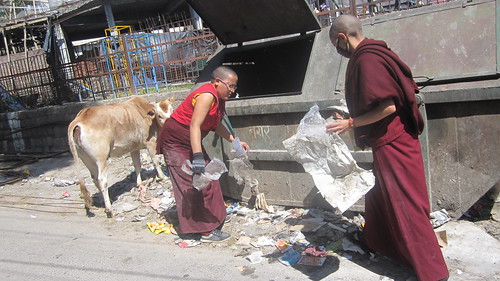 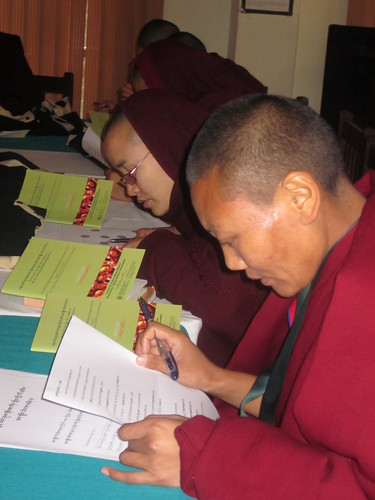 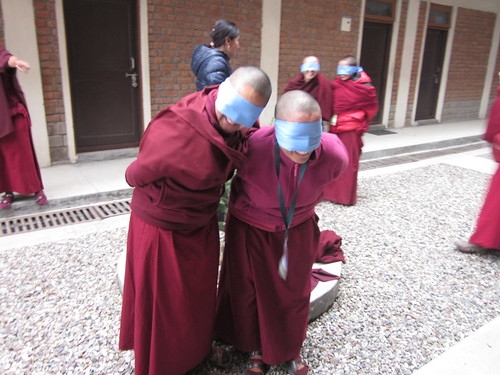 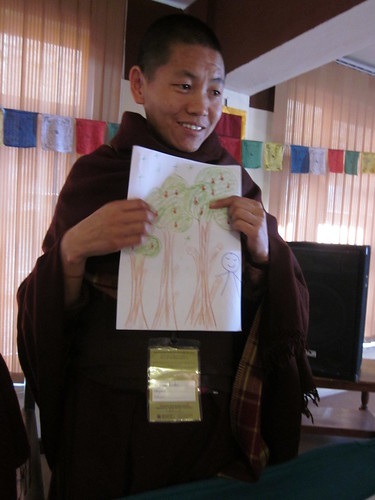 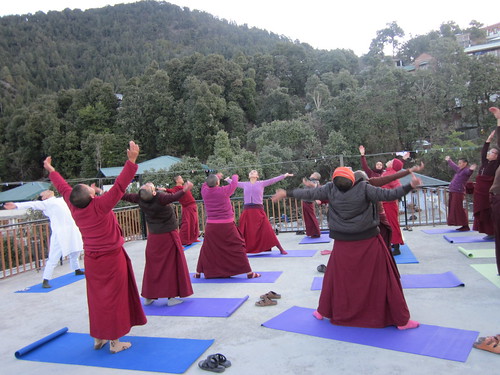 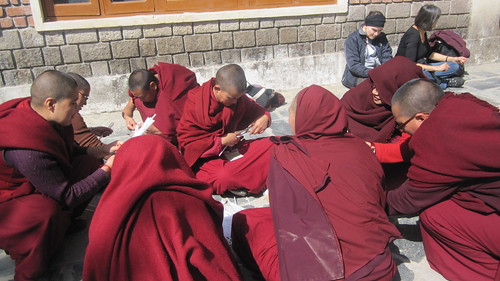 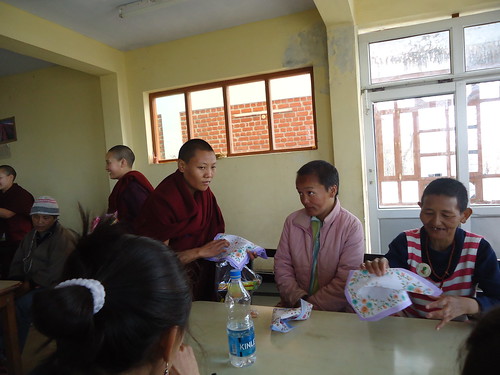 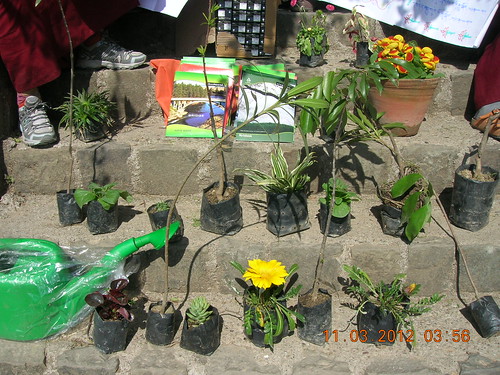 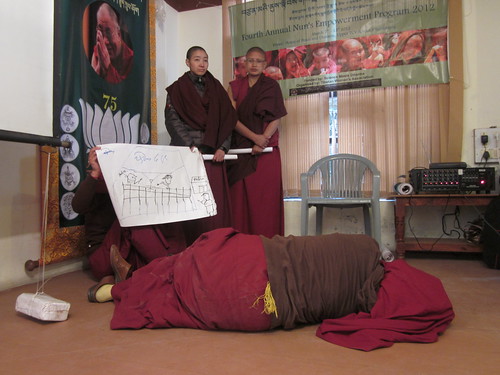 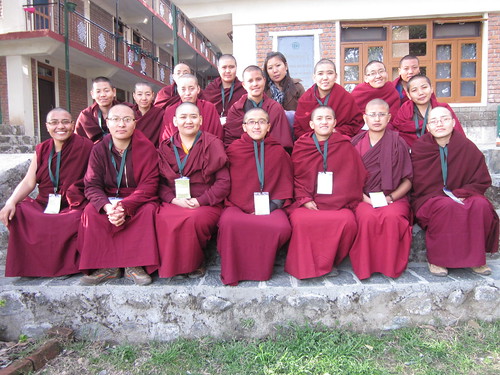 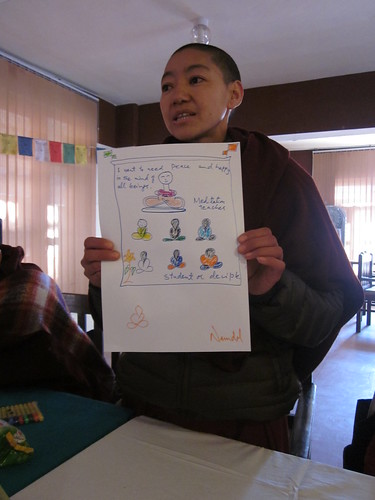 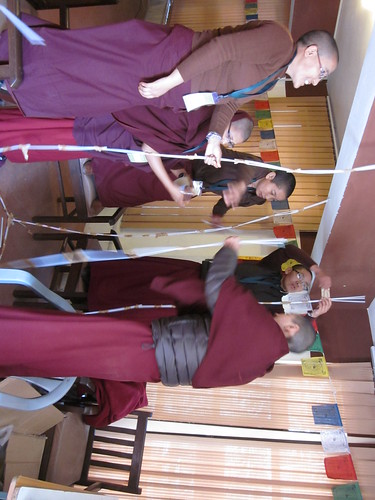 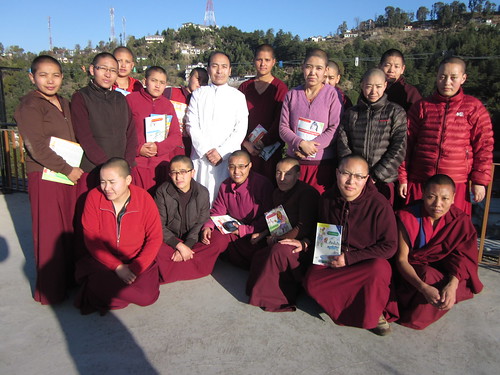 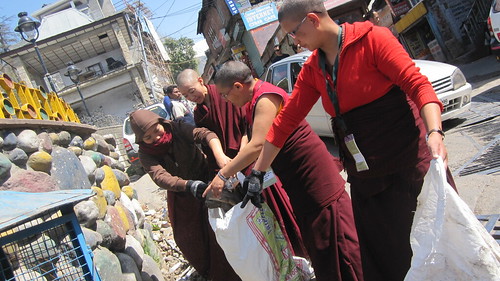 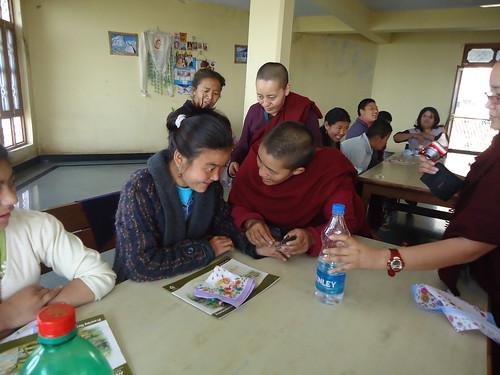 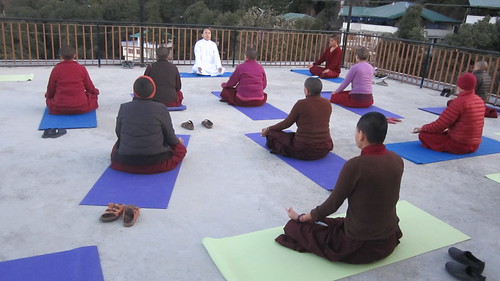 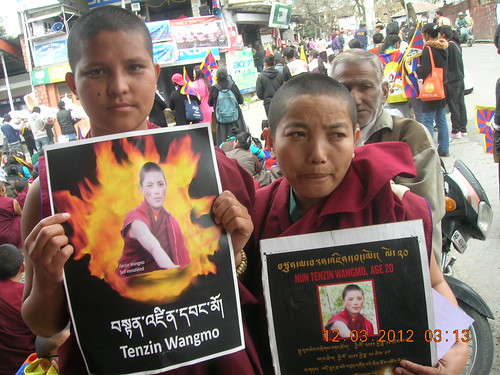 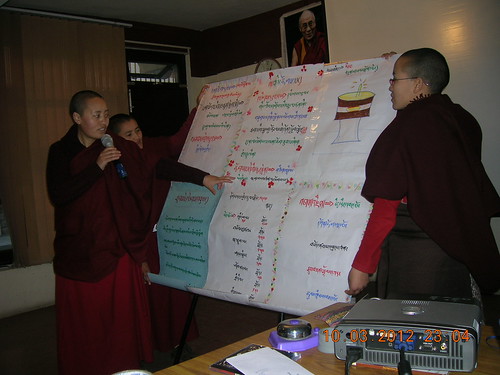 Tomorrow on March 12, the Tibetan Women’s Association and its global network of chapters will mark the 53rd anniversary of the National Women’s Uprising Day in Lhasa, Tibet.

53 years ago, on this very day, the Tibetan women from all the three provinces of Tibet, for the first time in history stood united and engaged in peaceful resistance against the Chinese oppression. Since then Tibetan women have had a steadfast presence in leading the struggle against the repressive Chinese regime. It is the devotion and undeterred spirit of these women that has inspired 53 years of non-violent and peaceful resistance.

On behalf of all the Tibetan people inside and outside Tibet, TWA will pay homage to the Tibetan martyrs who sacrificed their lives for the cause of Tibet, particularly the five female martyrs who died in self-immolation protests since October 2011.

Here in Dharamsala, a commemoration ceremony will be held in the morning at the Martyrs Pillar near Tsuglakhang. Penpa Tsering, speaker, Tibetan Parliament in Exile will participate in the event as the chief guest. TWA will issue its anniversary statement in Tibetan and English. The event will also feature a book launch of the German, Spanish and Japanese versions of – Jamyang Kyi’s ‘A Sequence of Tortures: Diary of Interrogations.’

The morning program will be followed by a peace rally where hundreds will march from Tsuglakhang to Kachari to protest the 53 years of Chinese occupation and atrocities in Tibet and to show our solidarity with the Tibetans inside Tibet. The Dharamsala regional chapter of TWA will organize the concluding ceremony at Kachari.

“Tibetan Women around the world will commemorate this day with the deepest of hopes for human rights, peace, and freedom in Tibet and the other regions of the world where peace is held hostage by brutal regimes” said Dolkar Lhamo Kirti, president, Tibetan Women’s Association.