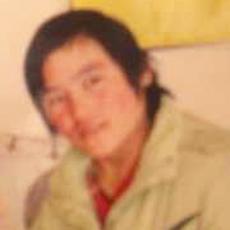 On March 3rd this year, 19-year old Tsering Kyi finished school, purchased a can of petrol and self-immolated. Within moments she was engulfed in flames and yet for several seconds she stood still, her fist raised high in defiance before collapsing to the ground.

The teenager’s tragic death was reported earlier this month, and was not the first of its kind and unfortunately will not be the last as Tibetans continue to suffer under the oppressive rule of the Chinese government. A statement from the India-based Tibetan parliament in exile revealed how Chinese security arrived at the scene of the protest and locked down all movement and witnesses. It said:

“All mobile phones were confiscated in an attempt to stop the news of the protest from spreading. People at the scene of the protest were issued strict orders against speaking about the self-immolation”.

Despite the Chinese government’s attempt to silence and intimidate , Tsering’s act of protest did not go unheard and like her fellow Tibetans who have passed away in protest, her death was reported and felt around the world. Allegations of Tsering’s mental health were made in Chinese media outlets; the official Xinhua news agency reported her mentally unstable condition was caused by a blow to her head, which led to her grades beginning to suffer, and hence why she set herself aflame.

In spite of such reports, several Tibetan residents, friends and relatives of Tsering Kyi have resolutely denied these accusations. According to interviews conducted by British newspaper The Guardian, Tsering hailed from a nomad family and she was a bright and hard working student who was on the school’s honour roll. Her cousin remembers a girl who even when out in the pastures with her parents flock, would always have a book in her hand.

In 2010 she first joined fellow class mates at Maqu County Tibetan Middle School, in Ganus Provinence, to protest the new integration of new Chinese text books in Tibetan schools, and the decision to limit Tibetan to just a single class. The aftermath of these protest saw Chinese authorities crackdown even hasher on the regime with several teachers arrested and detained.

It is reported that just days before the incident, Tsering had said “in Ngaba and other areas of Tibet, Tibetans are burning themselves. We should do something – life is meaningless if we don’t do something for Tibet.”

Following her death, Tsering’s body was kept in custody at a local police station. Any attempt by her family to claim her body back for burial has been met with pre-agreement that must be signed that stipulates her self-immolation was not ‘political in nature’.

On the eve of Chinese President Hu Jintao visit to India this week, Tsering’s death is a appalling reality of how citizens live under his rule. Just today, a Tibetan exile identified as Jamphel Yeshi, was taken to hospital after setting himself alight in New Delhi; he was later taken to hospital and his status is currently unknown.

President Hu must address the numerous ongoing issues in Tibet; Tsering’s death is yet another case of how the current Chinese rule in Tibet is a failure and action must be taken to avoid any more tragedies. 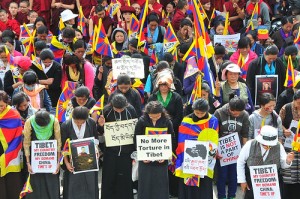 Since Women’s Uprising Day in 1959, Tibetan women have played a crucial role in the movement for freedom in Tibet. Between 1959 and 1984, following the original founding of TWA on Women’s Uprising Day, many Tibetan women’s groups were established by those living in exile in India. Many of these groups organised handicraft centres which not only helped to provide an income for Tibetan women in exile but also helped to maintain Tibetan culture and beliefs. In September 1984, TWA was officially reinstated with the blessings of His Holiness the Dalai Lama, and it now has over 15,000 members and 52 branches worldwide making it one of the key organisations involved in the movement to campaign for greater human rights in Tibet and help to broadcast to the world the impact of China’s policies.

Tibetan nuns have played a crucial role in organising and attending non-violent protests. Yangdon Dhondup, a Tibetan religious studies expert at the University of London, states that ‘Nuns play an incredibly significant role in political activism, because they symbolize in many ways the marginalized, the oppressed, and the minority… By staging these nonviolent protests, nuns are seen by the society as heroic figures and were thus able to raise the status and reputation of women and nuns within Tibetan society’.

While Tibetan women continue to support the Tibet movement in the ways outlined above, some women have begun to engage in a new form of protest – self-immolation. Of the 26 Tibetans who have self-immolatied since February 2009, five have been women. The first three women to self-immolate were Tenzin Wangmo, 20, Palden Choetso, 35, and Tenzin Choedron, 18, all of whom were nuns. A mother of four known as Rinchen, 33, became the first laywoman to self-immolate, followed a day later by a Middle School student known as Tsering Kyi,19. Self-immolation has become a new form of protest for Tibetans after the self-immolation of a monk named Tapey, 20, outside his monastery gained widespread media attention. Such drastic measures of protest illustrate the desperation felt by all Tibetans as a result of the oppression and the vast human rights abuses suffered by Tibetans at the hands of the Chinese authorities.

On March 12th this year, to mark the 53rd anniversary of Women’s Uprising day in Tibet, TWA organised a commemoration ceremony in remembrance of those Tibetan women who have died in the fight for freedom in Tibet, followed by a peace rally in which hundreds of women marched in protest.

The role of Tibetan women in non-violent protests for Tibet and the return of His Holiness the Dalai Lama to Tibet, along with their role in promoting Tibetan culture and language so that it is not lost during the struggle means the work of Tibetan women has been, and continues to be vital to the Tibet movement. TWA is committed to supporting the movement for vastly improved human rights and freedoms in Tibet and condemns any action which restricts these rights of Tibetans, including their right to protest.