Dharamsala, March 12, 2012: As we commemorate the 53rd anniversary of Women’s Uprising Day today, we remember the great sacrifices that brave Tibetan women have made and continue to make in the name of Tibet. It is the steadfast, undeterred presence of Tibetan women and their resilience in the face of oppression that encourages this self-sustaining struggle to rise against injustices and a repressive regime. We affirm that these hardships will not be had in vain. Tibetans inside and outside Tibet stand resolutely united in an altruistic commitment of utmost service to the cause of Tibet.

The past year has been monumental in Tibetan history: 2011 marked the transfer of political authority of our revered leader His Holiness the Dalai Lama to the elected leadership in exile. TWA honors this decision by His Holiness and avows to maintain the sanctity of His indomitable leadership and fulfill His vision for Tibet. TWA reiterates its gratitude to His Holiness for being the catalyst in empowering Tibetan women, including the Tibetan nuns. TWA deems His spiritual leadership to be the core of Tibetan religion and culture and the epitome of strength and perseverance for Tibetans.

TWA expresses deep concern for the safety of our brothers and sisters inside Tibet who have withstood a brutal military lockdown since March 2011. We remain gravely worried about the well-being of 850 known Tibetan political prisoners languishing in Chinese prisons, and fear for those living under the constant threat of arbitrary detentions, disappearances, and the ruthless military control of Tibetan areas. The undeniable presence of armed security confirms China’s open declaration of ‘war’ against Tibet and has created a cauldron of tensions amongst the international community.

While China boasts of its role in developing Tibet and bringing happiness and modernity to the Tibetan people, reality suggests otherwise. The recent spate of Tibetan self-immolations among all ages and occupations, accompanied by China’s use of lethal force in recent weeks that has resulted in the killing of at least five peaceful Tibetan protesters in eastern Tibet, presents clear evidence of the deteriorating human rights situation in Tibet. There have been as many as self-immolations by Tibetans in eastern Tibet since 2009, at least 19 of them ending fatally, and 13 Tibetans have reportedly self-immolated since 1 January 2012. In recent months both the geographical spread and scale of Tibetan unrest has grown, with self-immolations now encompassing the Tibetan areas of Sichuan and Qinghai and the Tibet Autonomous Region. Several protests have ended with Chinese police forces openly firing at demonstrators—the extrajudicial murder of innocent Tibetans.

China must realize the inevitable truth that their violent response to the Tibetan issue is counter-productive and has exacerbated the grievances Tibetans feel, encouraging only greater resistance to China’s rule. All Tibetans who have self-immolated have called for freedom of Tibet and the return of His Holiness the Dalai Lama, which has been a consistent plea among Tibetans since 1959. TWA requests global intervention to save Tibetan lives: we ask world governments to apply multilateral pressure and take action against China to end the crackdown and allow free press inside Tibet. We call on Navanethem Pillay, United Nations High Commissioner for Human Rights, to visit the troubled areas in Tibet and assess the situation with a fact-finding mission.

TWA pronounces Chinese President Hu Jintao to be a failed leader and condemns his brutal policies of bloodshed and provocation in Tibet. TWA also rebukes the hard-line policies of the former Tibet Autonomous Region (TAR) Chinese Communist Party (CCP) Secretary Zhang Qingli, whose radical rule in TAR has escalated tensions inside Tibet. We await the leadership of a 5th generation of Chinese leaders, led by Xi Jingping in China and Chen Quanguo in TAR, and trust that they will bring positive change to this region. We urge Xi Jingping to listen to the cries of the Tibetan people who have self-immolated, calling for the ‘return of His Holiness the Dalai Lama’ and ‘freedom inside Tibet.’ We request that Xi Jinping commit to an assessment of the situation on the ground in Tibet and to dialogue with Tibetan leadership in exile. Above all, we ask Xi Jingping to make use of the opportunity to peacefully resolve the Tibetan crisis.

With ‘advocacy for home’ as the main tagline of our association, TWA has made numerous presentations at United Nations conferences on Human Rights and Women. TWA has written to the council members at the ongoing 19th annual session of UN Human Rights Council in Geneva to call attention to the self immolations inside Tibet and to Asia’s environmental and water security during the general debate on Item 4 (Human Rights Situations that require the Council’s attention) slated for today.

In the age of climate change, the survival of Asia has also become a pivotal matter to TWA. The Tibetan Plateau is the heart that pumps water into nearly every Asian country, providing the most basic necessities for millions of people and the vital international economy they support. Reckless Chinese environmental policies are exacerbating the fragile ecosystem of Tibet, which is already in grave danger under climate change. In January 2012 during the 33rd Kalachakra prayers, TWA launched a year-long campaign titled ‘Protect Tibet the Third Pole, Secure Asia’s Future’ and will continue to further the scope and substance of this campaign at international climate conferences and through other avenues.

Today, TWA is also pleased to announce its third phase of the Suitable Development Project inside Tibet. The Central and Regional TWA pledges Indian Rupees: five lakh to benefit Tibetan Women and children who are victims of the Chinese environmental policy to forcibly evict Tibetan nomads from their grasslands.

In addition, TWA seeks to empower Tibetan women in exile on social, political, economic, cultural and educational grounds and has honored a commitment to fostering professional studies among women. In 2010, we launched our Specialized Studies Fellowship Program, and this year on the 53rd commemoration anniversary we are announcing a fellowship for a Bachelor of Medicine and Bachelor of Surgery (MBBS) program. Details regarding this new development are available on the TWA website.

Since the 2008 national protests inside Tibet, the world is witnessing an intellectual and cultural Tibetan renaissance where intellectuals, thinkers, writers, and artists are creatively reasserting their Tibetan identity and patriotism. Tibetan women like Tsering Woeser and Jamyang Kyi have written fierce works under oppression that will go down in the annals of Tibetan history. This year, TWA is honored to launch Jamyang Kyi’s flagship book A Sequence of Tortures: A Diary of Interrogations in Japanese, German, and Spanish, in addition to the already existing Tibetan, English, and Chinese versions launched in 2011. Jamyang Kyi’s unflinching courage is exemplary of female strength and literary prowess and offers a powerful message to oppressed women around the world.

TWA’s expansion is now represented by 56 regional chapters and 16,000 members across the globe, which stand for TWA’s commitment to “Advocacy for Home and Action in Exile.” Today, Tibetan women around the world pray for the long life of His Holiness the Dalai Lama. They commemorate this day with the deepest of hopes for human rights, peace, and freedom in Tibet and the other regions of the world where peace is held hostage by brutal regimes.

Issued by the Central Tibetan Women’s Association on March 12, 2012 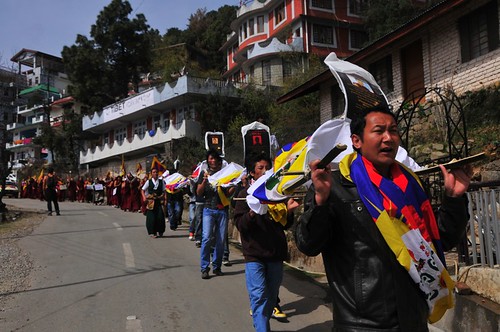 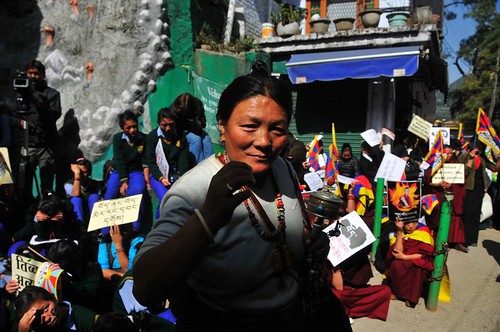 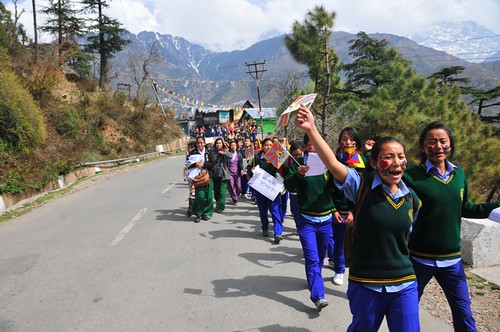 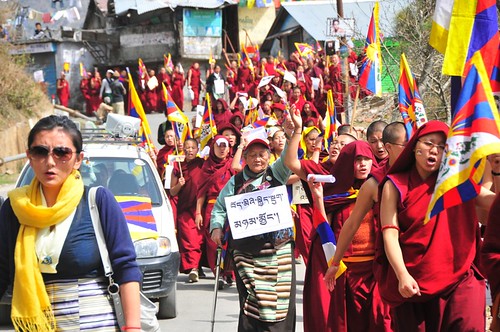 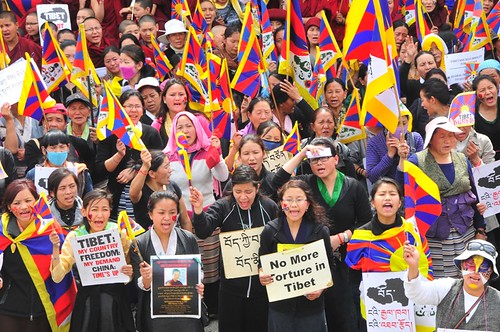 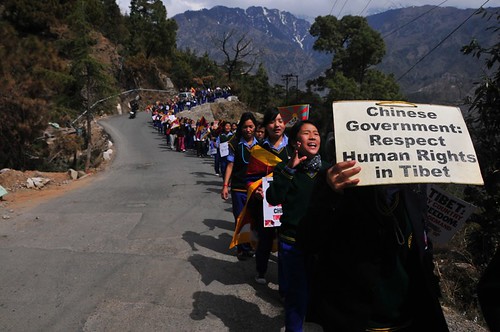 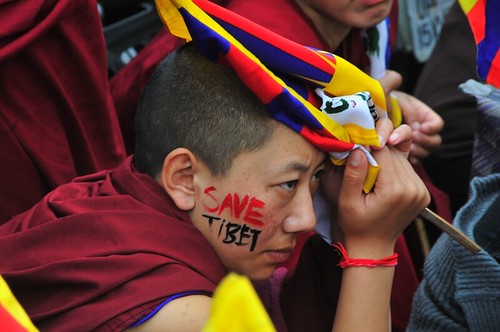 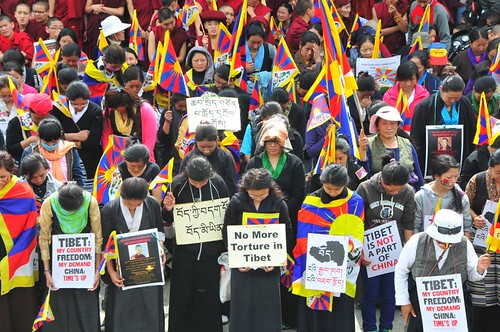 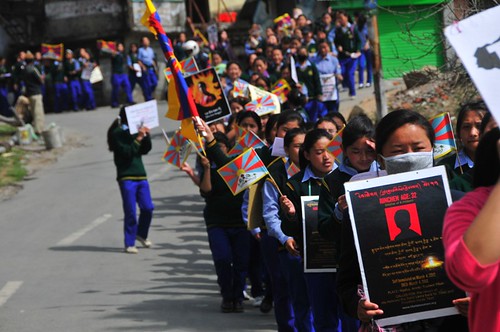 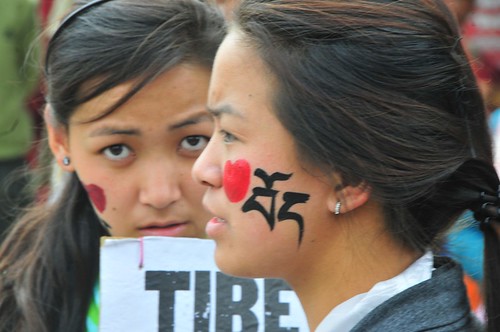 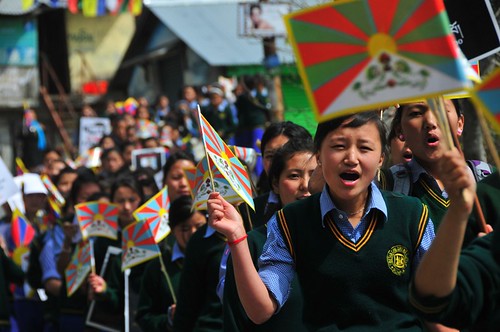 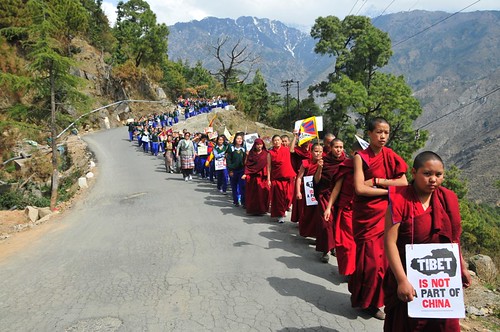 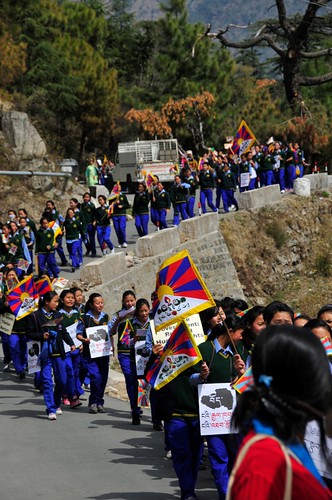 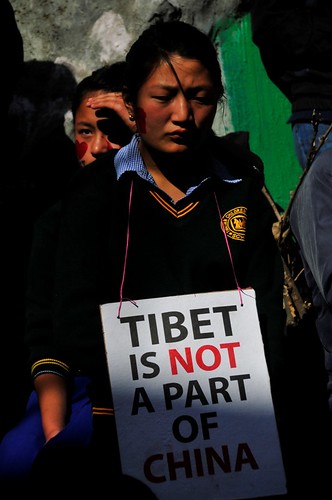 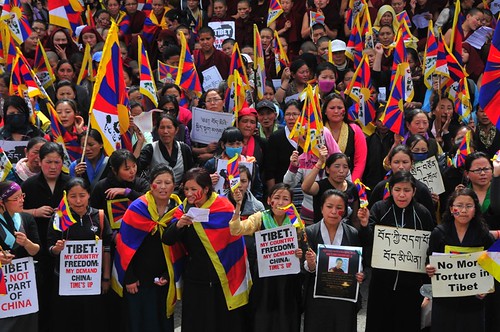 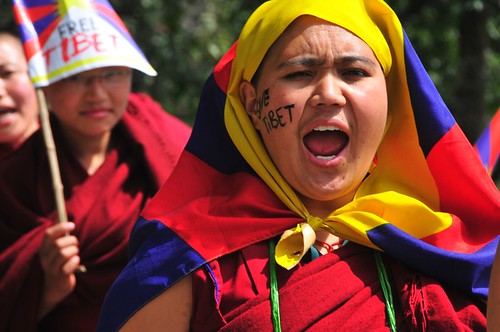 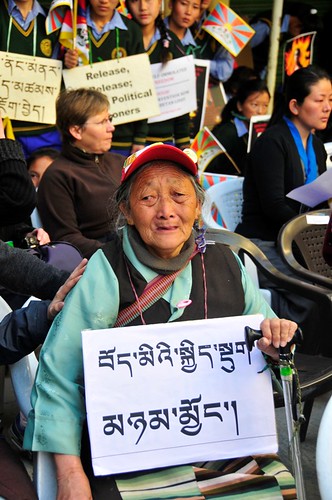 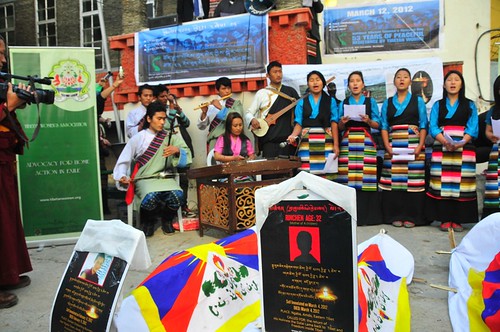 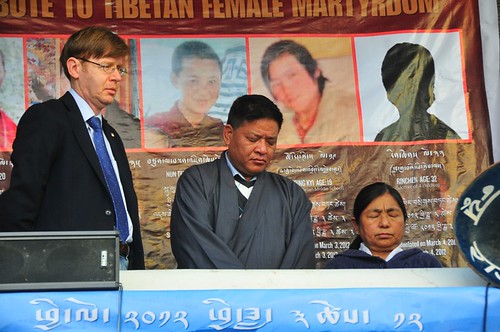 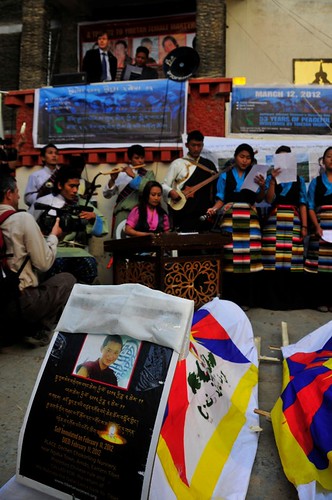