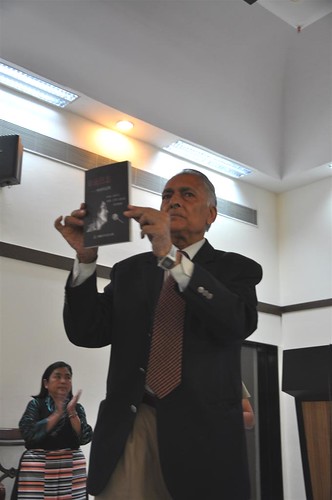 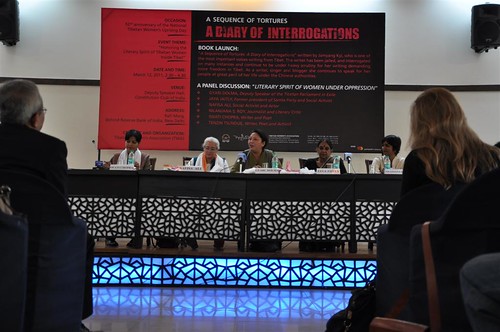 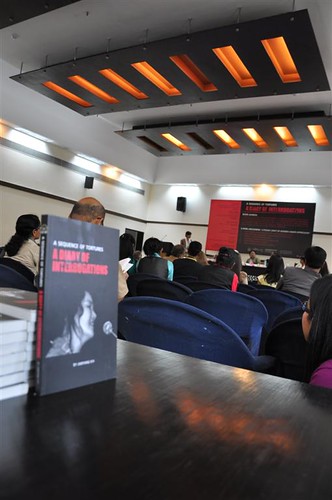 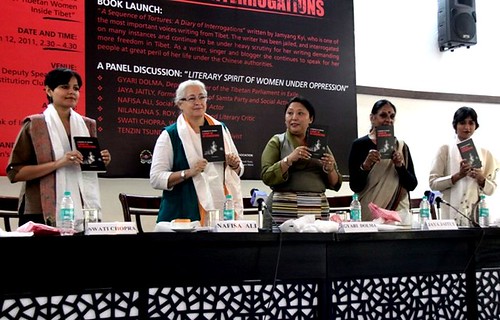 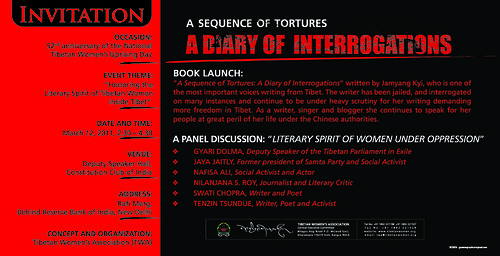 Honoring the Literary Spirit of Tibetan Women inside Tibet

Notes on the book “A Sequence of Tortures: A Diary of Interrogations” and the author Jamyang Kyi

On the occasion of the 52nd anniversary of the National Tibetan Women’s Uprising Day, the Tibetan Women’s Association dedicates this day to honor the indomitable literary spirit of the Tibetan Women inside Tibet. We are honored to launch the book ‘A Series of Tortures; A Diary of Interrogations’ written by Jamyang Kyi who resides in Qinghai, Tibet. The book originally written in Tibetan is now translated into English and Chinese.

For the Snowland of Tibet, 2008 was not only a year when threats of total annihilation loomed large. In that year of upheaval, the people of all three provinces of Tibet united and raised their voices as one to launch a peaceful protest movement. The Chinese government in Beijing, however, cracked down on the protest with brutal force. As a result, there was a new, manifold increase in global attention to the issue of Tibet and Tibet became the main subject of coverage by the various global news media. One of the prominent figures who featured within this event was the distinguished Jamyang Kyi.

On 1st April 2008, a group of police personnel claiming to be from the Qinghai Provincial State Security Department, on orders from Beijing, arrived at Jamyang Kyi’s office at the Qinghai Provincial Television Station and took her into custody. This was the first development in which an official, or a government officer, in Tibet was arrested in connection with the peaceful protests of 2008.

It is said, “There is in this world no walled fencing which is strong enough to be total protection against wind.” So it was that news about Jamyang Kyi’s arrest became known to the outside world on the second or third day of the incident. Radio Free Asia made the first broadcast. As a result, globally well known news publications such as The New York Times, The Washington Post, The Times (London) carried news stories about her arrest. Through successive postings and follow-ups, the story appeared in a total of more than 500 publications across five continents and four oceans in a matter of several days. More significantly, journalists in Beijing demanded to know from the spokesperson of China’s Foreign Ministry the whereabouts of Jamyang Kyi. In response the Qinghai Provincial State Security Department sent a direct communication to the Qinghai Provincial Television Station, informing them that they were releasing Jamyang Kyi on bail. On the basis of a surety provided by the Qinghai Provincial Television Station, she was set free on April 21, 2008.

Astonishingly, in 2009, she made a series of postings on a blog she was maintaining inside Tibet a highly moving set of notes of fifty-nine thousand one hundred and fifteen words under the title of “A Sequence of Tortures: Diary of Interrogations.” Once again she single-handedly became the key figure who dug up and exposed to the outside world events that had taken place during the great peaceful protest movement in Tibet of 2008. The notes began to be translated into Chinese and English. English extracts were included in a report titled “Like Gold That Fears No Fire – New Writing from Tibet”. This report was compiled by the International Campaign for Tibet, Washington, D.C. and released during the 61st Frankfurt International Book Fair held in Germany in October 2009. The unique historical first hand account was made available to more than 7,000 publishers from over 100 countries as well as on the experts and scholars who attended the book fair.

Jamyang Kyi was born at Jhado Radza Township in Mangra County of Tsolho Tibetan Autonomous Prefecture in Qinghai Province. In 1984, she graduated from the Department of Teacher Training at the Tsolho (Chinese: Hainan) Minorities Technical School, Qinghai Province. After successfully undergoing a selection process, she began her work in the Tibetan section of the Qinghai Provincial Television Station. Her works at the station over the past 26 years have included doing translations, news presentations, writing and editing. In 1993, she took a correspondence course from the Qinghai Province Institute of Education and graduated in 1996.

Jamyang Kyi took up music as her part time vocation and attained great fame as a singer. She initiated a unique personal style which represented a blend of traditional folk music and contemporary artistic expressions. So far she has recorded five musical CD albums and three musical VCD albums. In addition, under the pen name of Mengzhu (Dream Pearl) she has written songs in both Tibetan and Chinese languages. Besides that, she has written many articles about the situation of Tibetan women. Among them the book titled za mo’i skyid sdug gangs ma char (The Snow-and-Rain Mixed Way of a Woman’s Life) has received significant appreciation both in and outside Tibet.

In March 2006, Jamyang Kyi took part in a Losar musical concert organized by the Latse Contemporary Tibetan Cultural Library based in New York City and in a panel discussion organized by the Modern Tibetan Studies Program of Columbia University. During her visit to New York, Washington, Seattle and other cities at that time, she manifested the characteristics of knowledgeable and broadminded women in Tibet today.

View news of the Sequence of Tortures’ book launch here.