New Delhi: This year India is for the first time the global host of United Nations Environment Program (UNEP) campaign; ‘Forest: Nature at your service.’ Five thousand Tibetan women belonging to 33 regional chapters of the Tibetan Women’s Association (RTWA) based in India observed the World Environment Day by planting 20,000 trees in 10 Indian states.

According to TWA’s president Dolkar Lhamo Kirti, “curbing deforestation is a highly cost-effective way to reduce emissions and we need to plant 130 million trees to make up for the loss of trees in the past decade.”

In India’s capital city, TWA’s delegation comprising of Dolkar Lhamo, Tenzin Woebum and members of RTWA Delhi took part in the ‘Green Walkathon’ organized by the Indian Ministry of Environment and Forests (MoEF) along with Department of Environment, Government of Delhi. Jairam Ramesh, Indian Minister of state for Environment and Forests acknowledged his appreciation of the Tibetan presence before flagging off the rally at India Gate. Professor Kiran Walia, Minister for Health and Family Welfare, Women and Child Development, also addressed the gathering of approximately 500 participants, including various stakeholders.

Later in the afternoon, the Women’s Environment and Development Desk (WEDD) of TWA along with Delhi Greens (Environmental NGO based in Delhi) lead the ‘Earth-o-Care campaign’ to raise public vigilance about the degrading environment and its impact on Tibet, the Third Pole. The organizers visited various public places in the city in a fuel-free green bus clad with banners and placards carrying the slogans: ‘If Tibet Dries, Asia Dies,’ ‘Climate Justice for Tibet Third Pole’ and ‘Tibet is Melting, Cut Co2’.

TWA’s WEDD also launched a four minute video titled ‘10.10.10. – Global Day of Action for Climate Justice.’ The video can be viewed on YouTube.

The World Environment Day is an annual event that is aimed at being the biggest and most widely celebrated global day for positive environmental action.

The mission of the Women’s Environment & Development Desk at TWA is to raise awareness about the adverse impacts of climate change upon Tibet’s unique ecosystem and Tibetan women. The TWA environment desk is committed to disseminating timely and useful information that highlights to the international community the critical issue of climate change in Tibet and engaging in proactive measures, sustainable developmental projects and campaigns to combat the destructive environmental policies that are denying the human rights of Tibetans living inside Tibet. 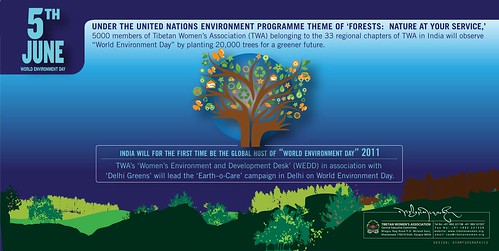 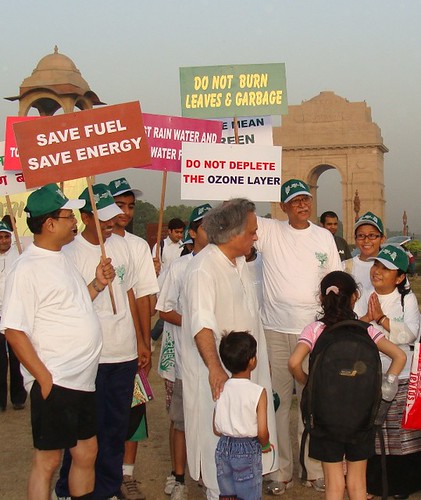 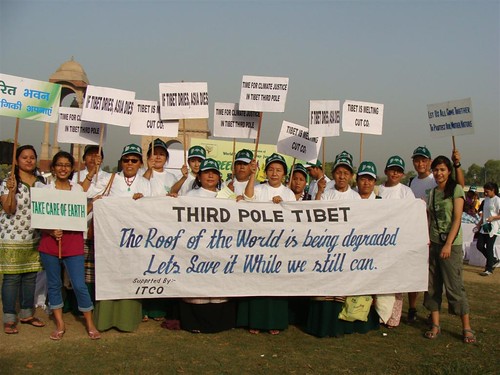