WEDD also launched a ten-minute video titled ‘Expert Speak on Tibet’s Environment’ which can be viewed on TWA’s youtube channel; http://www.youtube.com/watch?v=5rObIR2YFWA&list=UUv85TojsxxrNmbjAWse4S_A&index=1&feature=plcp. The video highlights the critical issue of Tibet’s Environment, covering pertinent topics such as climate change and glacier melt, Tibetan rivers, forced removal of nomads, and mining in Tibet. Experts discuss the failed Chinese Environmental policies, which are not only catastrophic for Tibet, but also for people of Southeast Asia.

WEDD believes that the right to clean drinking water is a fundamental human right granted under international law. According to findings, ‘there are approx. 1.3 billion people who are dependent on the health of the ten major rivers that originate from Tibet. These Tibetan water sources are being polluted through mining and highly restricted through damming, which results in unintended and often unpredicted flooding.’ In addition, ‘recent studies revealed that damming a river causes the water to evaporate, thereby reducing the quality and quantity of available water for those dependent on the source. Diminishing water levels are highly evident these days. Earlier this year, people of Pasighat town in East Siang district of Arunachal Pradesh found that the water level of the Brahmaputra River receded so much that it had nearly dried.’

“The crisis of our diminishing water resources is just as severe as any war time crisis we have ever faced. Survival of 1.3 billion is at stake now because of drying up of Tibet’s waters and the unchecked damming and China’s plans to divert the Brahmaputra of Tibet’s River” said Dolkar Lhamo Kirti, President, TWA.

The mission of the Women’s Environment & Development Desk (WEDD) of TWA is to raise awareness about the impacts of climate change upon Tibet’s unique ecosystem and Tibetan women. The WEDD is committed to disseminating timely and useful information that highlights to the international community the critical issue of climate change in Tibet. WEDD continues to engage in proactive measures and sustainable developmental projects and campaigns to combat the destructive environmental policies that are denying the human rights of Tibetans living inside Tibet.

Photos of today’s event can be viewed here. 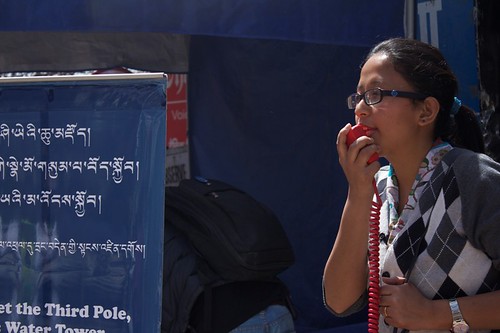 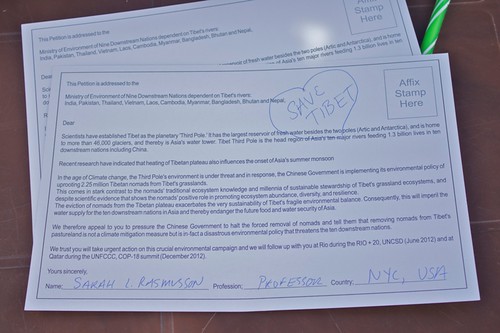 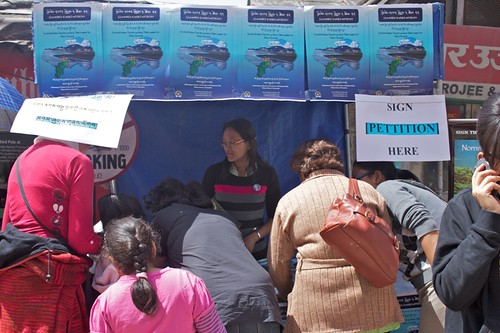 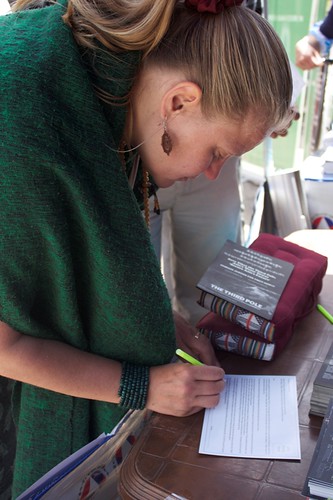 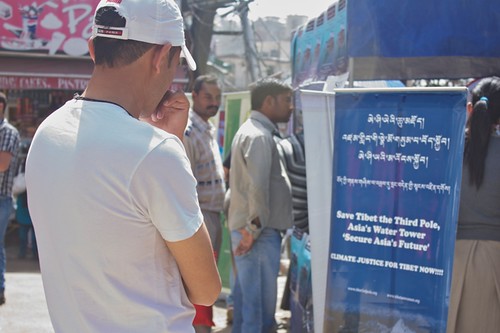 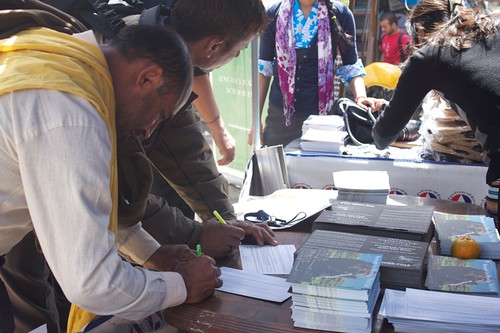 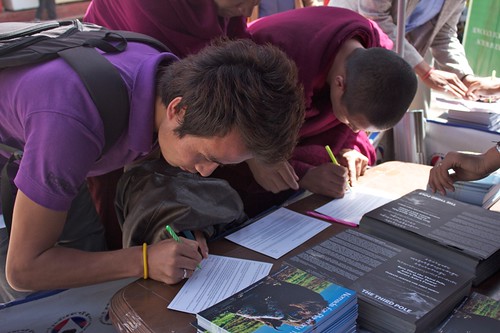 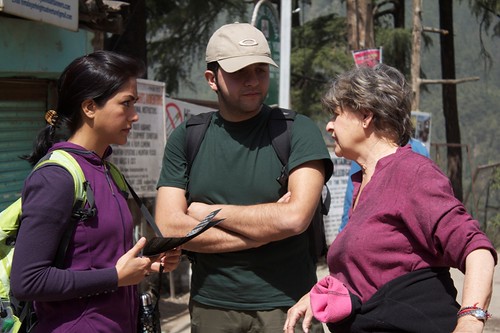 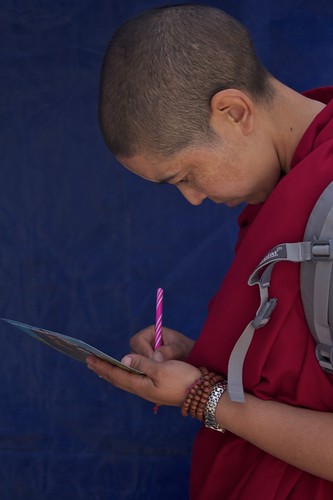 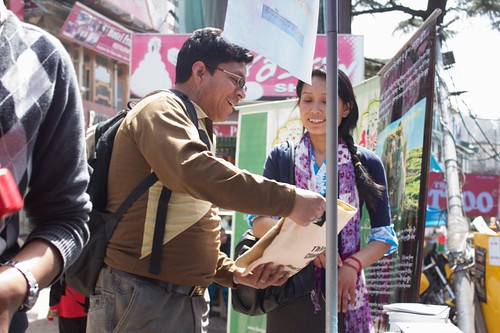 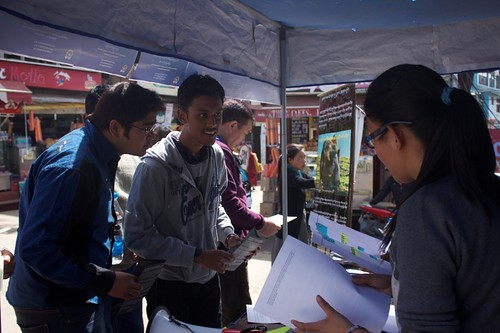