Dharamsala, September 26: As a misty evening drew in, Tibetan monks, lay people and supporters solemnly took to the streets of McLeod Ganj, Dharamsala to hold a candlelight vigil following the distressing news of two self-immolations in eastern Tibet this morning, at around 10am local time. The two young monks were Lobsang Kalsang and Lobsang Konchok, believed to be aged only 18.

Initial reports stated that one of the monks died immediately, whereas another was in a critical condition and taken away by security personnel. However thankfully it has since been announced by state news agency Xinhua that, according to doctors, the two are in a stable condition with minor burns. The report added that “the suicide attempt is under further investigation.” The full picture is still currently emerging with the two under custody of the People’s Armed Police (PAP) and Public Security Bureau police (PSB) at an unknown location, tight Chinese security surrounding not only Kirti Monastery but also neighbouring Se Monastery, and communications around Ngaba restricted.

It’s reported that prior to setting themselves on fire the two staged a peaceful protest raising slogans calling ‘long live the Dalai Lama’ and ‘religious freedom in Tibet’. Both are part of the Kirti Monastery in Ngaba, eastern Tibet, known to be under particularly ruthless control by the Chinese authorities. One, Lobsang Kalsang, is a relative of Lobsang Phuntsok who died after setting himself on fire on March 16. Since that date Kirti Monastery has been overrun with Chinese government officials and subject to heavy security surveillance; monks have been unable to leave and constantly monitored by security personnel. Reports from sources inside Tibet also state that hundreds of monks have either disappeared or been arrested and dealt long prison sentences.

The desperate act of self-immolation – setting oneself on fire as a form of protest – has regrettably become all too familiar in Tibet of late, in reponse to harsh constraints prohibiting monks and nuns from freely practising their religion. This morning’s sad event was the third incident of self-immolation in 2011 alone.

This evening’s candlelight vigil was organised by the regional branches of the Tibetan Youth Congress (RTYC) and Tibetan Women’s Association (RTWA). From around 6pm, a large crowd gathered at McLeod Square in Dharamsala, marching by candlelight to the Martyrs Pillar at Tsuglakhang Temple where all silently gathered to hear some emotive speeches. The march was a time of profound sadness and sombre reflection, with the Tibetan community and its supporters once again reeling at the extreme actions Tibetans are being driven to.

Tibetan Women’s Association joins other NGOs, organisations and individuals from the exile community in expressing our deep regret that our fellow Tibetans are being forced to resort to such radical and desperate protest. We send our greatest condolences and prayers to the two monks and all family and friends. TWA demands fair treatment of these two young monks; calls on the Chinese government to immediately cease all security controls on Tibetans, Tibetan monasteries and Tibetan nunneries, particularly in Ngaba; and solicits the international community to take urgent and genuine action in pressuring China to end the unabating injustice inflicted on Tibetans.

You can add your voice to those expressing grave concern and demanding fair Chinese action by signing Free Tibet’s petition, supported by the International Tibet Network.

Photographs from this evening’s candlelight vigil can be viewed below or on Flickr. 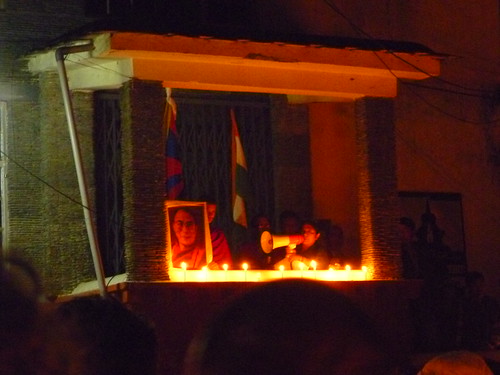 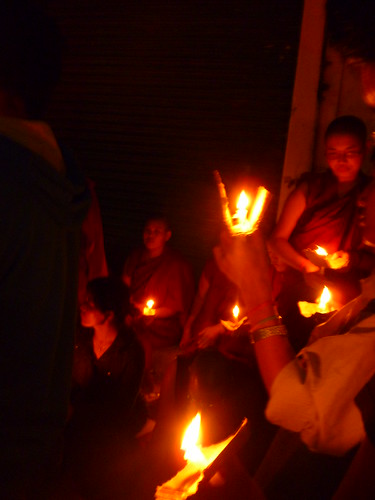 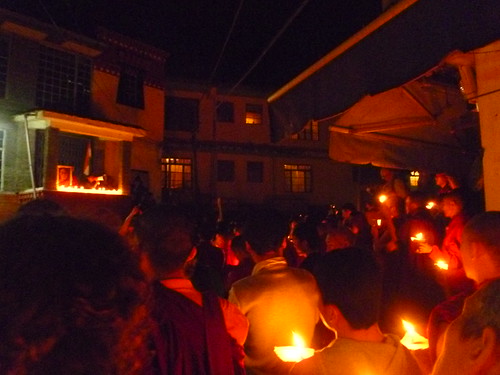 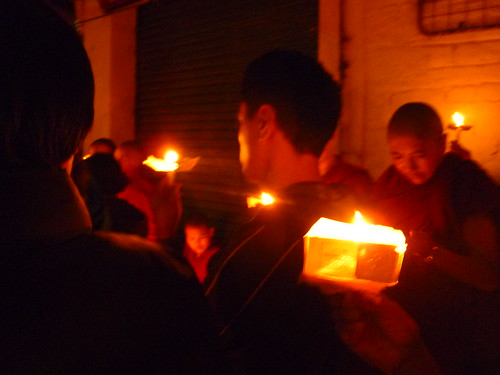 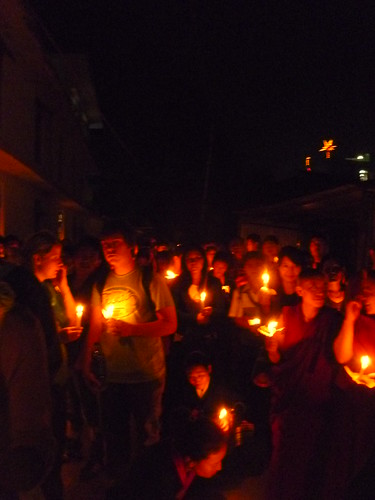 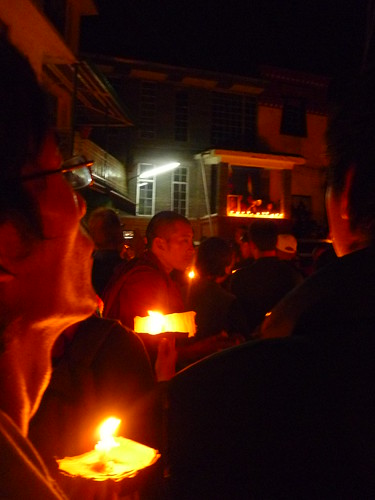 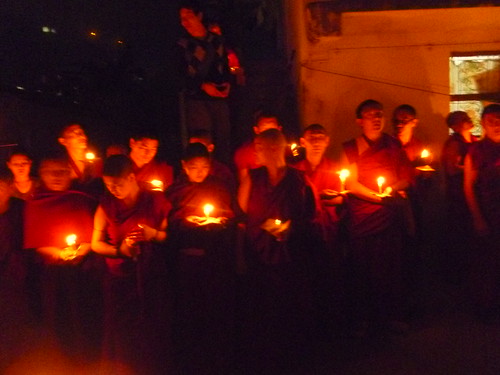 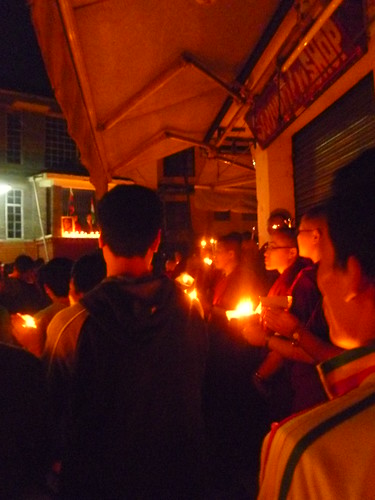 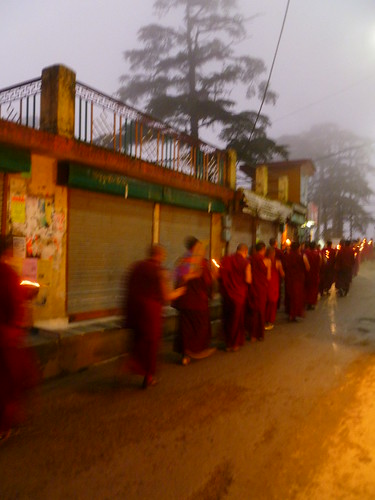 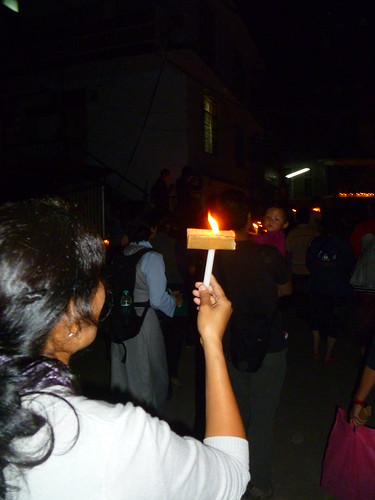 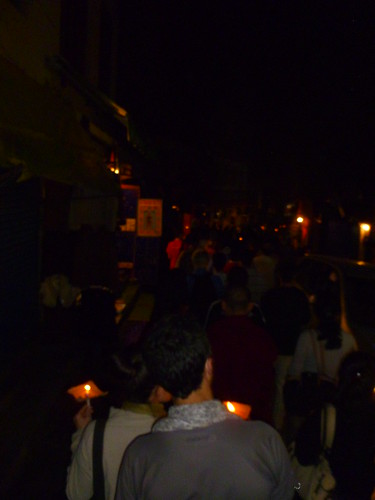 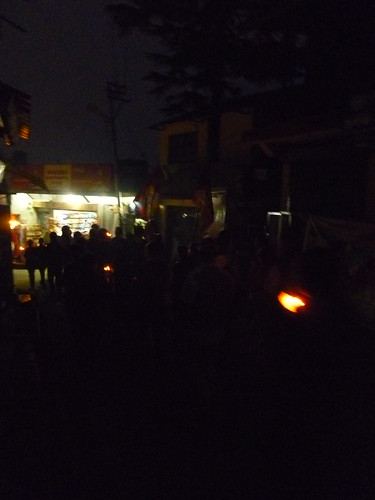 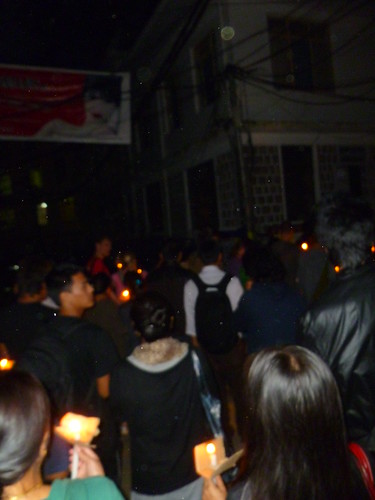 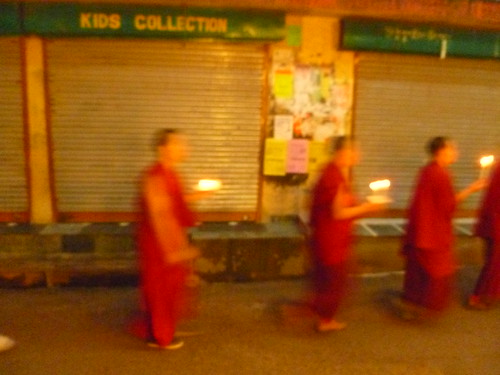 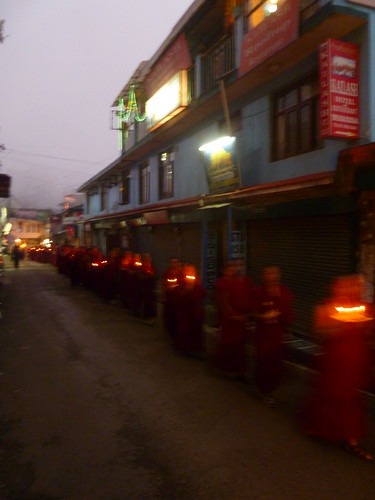 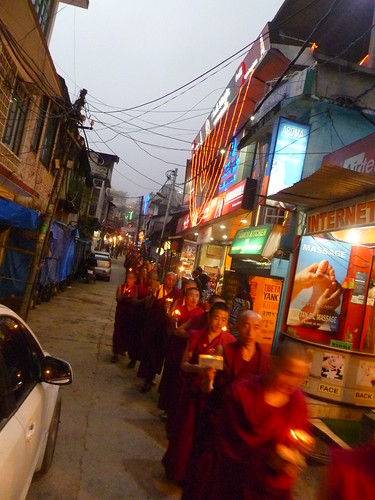 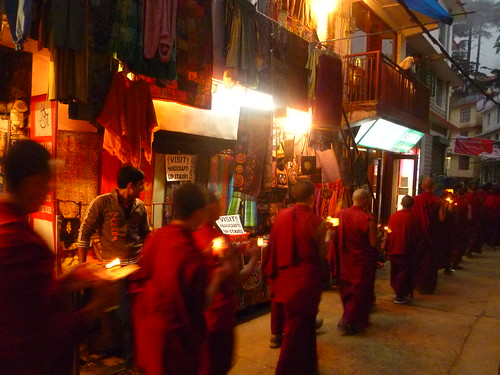